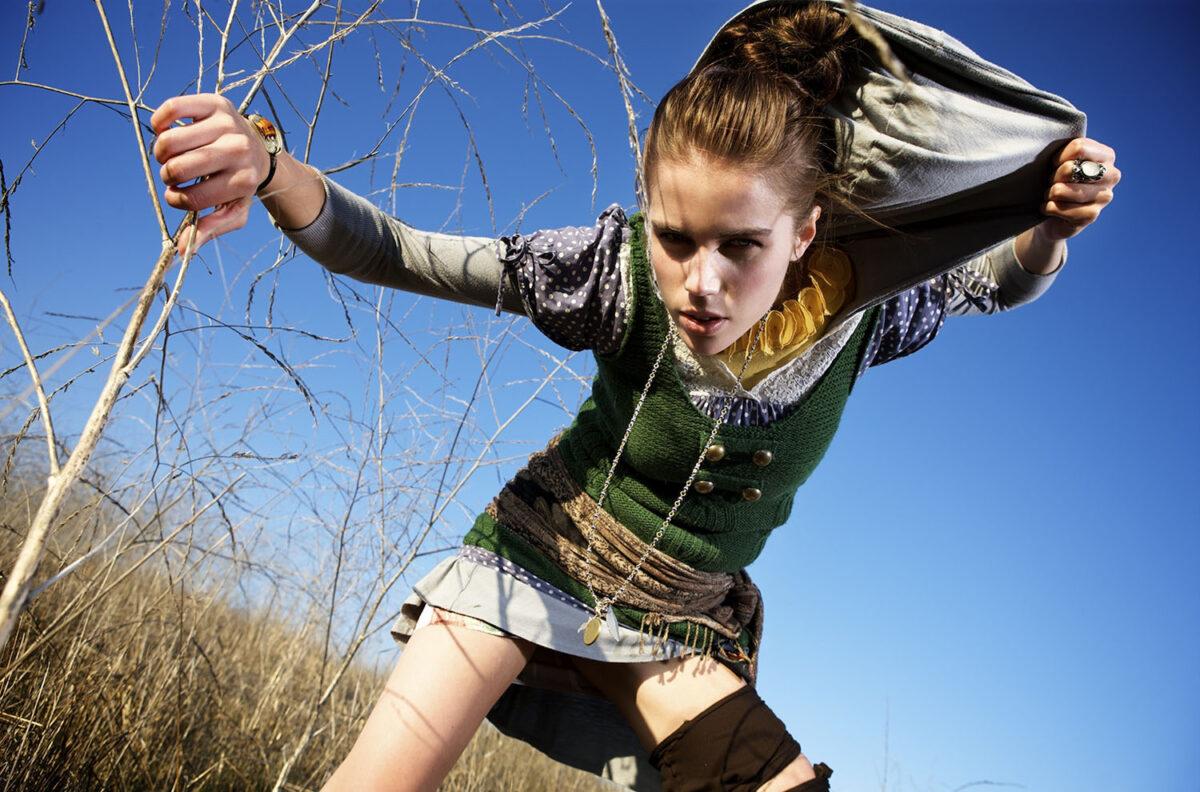 When we asked Rosy the meaning behind “Layer by Layer” she expressed that this particular shoot has so many different meanings. First, she started out by telling us about Vicky Suchin, a dear friend that had passed many years ago. Vicky was not only an inspiration to Rosy but also Vicky became a dear friend of Rosy’s. They would sip on a cocktail in the jacuzzi over at Vicky’s house.  Vicky was much older than Rosy but Rosy says “Vicky had the best advice”. Vicky’s background was making jewelry that was fun and also vintage. Her husband was in the television industry where Vicky pitched Rosy for the first time in Hollywood.

Layer by layer to Rosy represented the growth we go through when we are developing our careers through relationships. The bright colorful layers of clothing symbolize the many layers and have overcome. This editorial was shot many many years ago in Calabasas, California. These images were never released due to a miscommunication when the magazine industry was different. Rosy learned the hard way that posting images on social media before the magazine release would jeopardize everyone’s hard work on getting published.

We want to thank everyone that participated and since it has been so many years the only contact remaining is Mark Rutherford a gentleman that worked at Elite models who organized this shoot and provided us with the idea.  Thank you.